Science will once again fill the streets, markets, and educational centers of the Tarragona area.

The fourth edition of the European Research Night recovers the face-to-face activities in an edition still marked by the restrictions derived from the pandemic.

The objectives of this activity, promoted by the European Commission since 2005, are to promote public recognition of the research community, publicize the importance of its work for society, show that research in all its disciplines is fascinating, and explain and show the research and the researchers behind it.

With the slogan “Research for change”, the activities planned for this edition reach all types of public. The central proposal is the scientific workshops fair that will be held in the Corsini square, in Tarragona. About thirty experimental proposals for family audiences of different ages will occupy this space throughout the afternoon of Friday, September 24. In addition, the European Corner space will be set up, where researchers who have previously registered will be able to present their research to the general public.

The ICAC takes part in the scientific workshops fair in the Corsini square with four proposals:

Science will also reach high school students. From September 20 to 24, researchers from the URV and the four research institutes will give scientific talks at the institutes that have requested it.

In the case of the ICAC, GIAP researcher Lídia Colominas will give the talk “Archeology and inequalities”, in which she will explain what the profession of archeology consists of, establishing a relation between gender dynamics in ancient societies with our current society. An opportunity to raise awareness about gender inequality in science and promote the scientific vocation.

As in previous editions, a scientific micro-talks session has also been scheduled, which will be held in Reus on Friday, September 17 at 7:00 p.m., under the coordination of the IISPV research institute. Besides, as a closing activity of the European Research Night celebration, on Saturday, September 25 a scientific route on Antoni de Martí i Franquès will be held in Tarragona (with prior registration).

Check all the details of these and other activities on the website of the European Night of Research in the Tarragona area.

A joint project in Catalonia 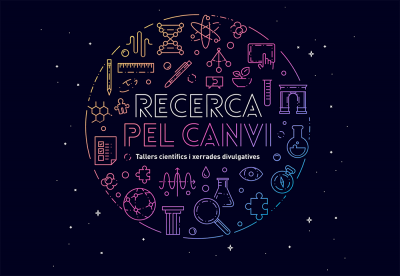