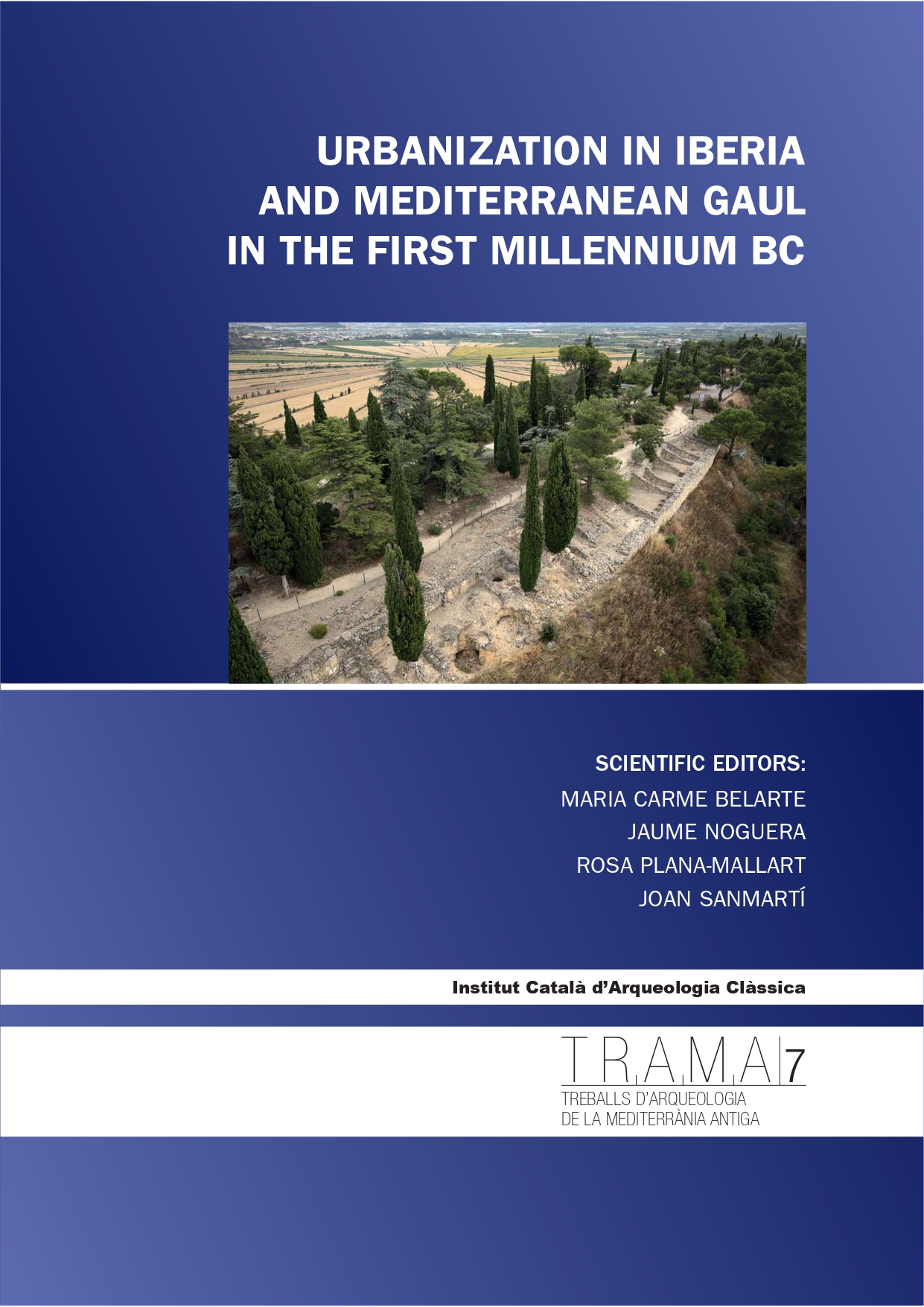 Urbanization in Iberia and Mediterranean Gaul in the first millennium BC

This publication arises from the need, in the opinion of the editors, to move towards a definition of the city as an instrument for analysing the urbanization phenomena in protohistory. The 24th Annual Meeting of the European Association of Archaeology (EAA) held in Barcelona in September 2018 offered an opportunity to reflect on this subject and to analyse the elements that characterized the protohistoric city using various models and case studies in the area of the Iberian culture, as well as in Mediterranean Gaul.

The result is the thirteen contributions that make up this book, one of which is a theoretical reflection written by the editors on the concept of the city, while the rest focus on territories, sites or specific questions. The reader will find in this volume a compendium of research relating to the formation and development of cities in Iberia and south-eastern Gaul.

From the mid-first millennium BC, the peoples living in this area of the western Mediterranean developed settlement patterns based on the existence of urban sites, that probably emerged in response to population growth, technological development and increasing social complexity.

However, there are considerable regional differences with regard to the chronology of these processes, as well as the nature of the emerging settlement patterns, including the size and shape of the urban sites.

In some regions, the urban phenomenon appeared very late and was clearly less developed. This indicates the existence of a variety of forms of sociopolitical organization and particular historical processes within the general demographic increase and growing social and political complexity in the study area during the Iron Age.

The aim of the articles selected for inclusion in this volume is to reflect this dichotomy: on the one hand, the generalization of the urban phenomenon and, on the other, the different solutions that arose in particular regional contexts.