With the leitmotiv ‘Research for change’, more than 150 researchers from the URV and from the research institutes of the territory participate in this international event for scientific dissemination.

The main event will be the Scientific Workshop Fair on September 30 in Tarragona (Corsini square). Informative talks will also be held in Reus, an exhibition on human castles and science, a scientific route, and workshops and talks in institutes.

The largest European event for scientific dissemination returns to Tarragona for the fifth consecutive year.

More than 150 researchers from the Rovira i Virgili University (URV) and from the area’s research institutes will participate in more than 80 scientific workshops, talks, and other scientific dissemination activities aiming to bring science closer to citizens in a playful and hands-on way.

The success of attendance at the event has made the activities extend during the previous days and the weekend. The project is funded by the European Union, and this 2022 edition includes the largest number of activities in the last five years when the event was held for the first time in the Tarragona area.

The main event of the European Researchers’ Night in Tarragona 2022 will take place on Friday, September 30 in the afternoon, with the Fair of Scientific Workshops. People will find there forty proposals for hands-on workshops from all areas of knowledge.

This international initiative, which focuses on a family audience, seeks direct contact between citizens and the research community through ludic activities involving the participation of the audience, which can go randomly from workshop to workshop in the fair.

The ICAC will participate in the Workshop Fair (Friday, September 30) with three proposals on numismatics (“The two sides of the coin”), archaeometry (“The hidden messages of the marbles”), and 3D heritage (“Enjoy heritage in 3D”). You can check the event programme here.

The Tarragona City Council, through the Europe Direct Tarragona office, sponsors the event, along with the Tarragona Central Market, the Borges company, and EMATSA.

Several dissemination activities along the week

Several previous activities related to the European Researchers’ Night are scheduled besides the Scientific Workshops Fair. On Saturday, September 24 at 6:30 p.m., there’s a workshop open to the public named ‘Doing science… Do experiment’, in which people (under previous registration) will be able to carry out live experiments with URV researchers. Following the scientific method, they will try to meet the challenges of building a fountain with a plastic bottle, making lentils dance, inflating a balloon without blowing, or building a lava lamp.

Secondary and high school students will also have their adapted scientific proposals. During the week of September 26 to 30, Tarragona researchers will give talks and scientific workshops at secondary schools in the area that have requested them.

On Saturday, October 1, two other activities are planned: the scientific route on the chemist Antoni de Martí i Franquès, a historical didactic recreation of the life of this Catalan scientist and his discoveries. People attending the activity will visit the streets and historical spots of Tarragona Old Town that are related to his life and research. The route starts at 10:30 a.m. from the Portal del Roser in Tarragona and it is necessary to register in advance.

On October 1 at 11 a.m. there will be an informative micro-talk session “Research for change” at the Xavier Amorós Central Library in Reus, organized by the Pere Virgili Health Research Institute (IISPV) and the URV on topics related to research ongoing projects in the URV and the research institutes of Tarragona area: ICAC (with doctoral researcher Toni Corrales), ICIQ, IISPV, and IPHES.

From September 5 to October 3, there will be also the open exhibition ‘Castells i Ciencia’ in Tarragona’s Central Market, which relates different scientific disciplines to human towers.

⇒ For activities that require registration, it is necessary to send an email to  tarragona@nitdelarecerca.cat.

A joint project in Catalonia

The Catalan Association for Scientific Communication (ACCC) is in charge of coordinating the different nodes. This joint project put together researchers from more than 50 scientific entities throughout Catalonia and is carried out every year in more than 300 cities in 30 European countries at the same time. In this fifth edition, in addition, the Jaume Bofill Foundation comes aboard in the project (within the framework of the Magnet program) fostering 15 research projects throughout the year in primary and secondary schools to bring research teams closer to students, families, and neighborhoods. 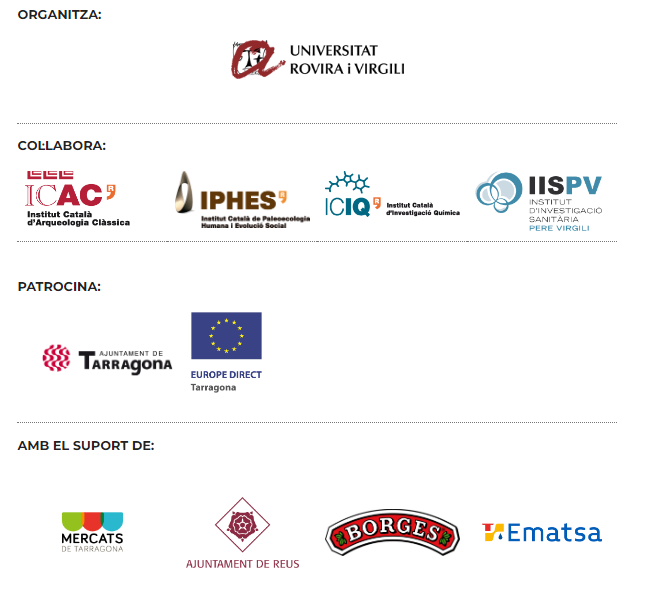 The European Researchers’ Night once again fills the Plaza Corsini in Tarragona with science, ICAC, September 27, 2021.

The European Researchers’ Night in Tarragona gets back to presence, with the slogan “Research for change”, ICAC, September 10, 2021.

The third edition of the European Researchers Night, with a program of activities adapted to the COVID-19 situation, ICAC, October 27,  2020.

The ICAC will join the third edition of the European Researchers’ Night, next November, ICAC, May 5, 2020.