Soon, the results of all the research done around the Circus of Tarragona will also be published (a new issue on TRAMA collection, ICAC, scheduled for mid-2022), as well as all the planimetry generated from the scanning.

Check out here the dataset Digitisation of the Roman Circus of Tarragona. 3D point clouds.

Throughout various research projects, the ICAC team led by Josep Maria Macias has scanned the entire urban environment of the Circus of Tarragona, in collaboration with the ETSA, the URV’s School of Architecture. The digitisation work includes the Circus monument, the City Wall, the Tower of the Nuns, as well as other nearby places in the historic centre of Tarragona and the monumental complex of the Amphitheatre.

3D point clouds dataset is now open, available for anyone to use for their own research, works, or projects.

In addition to the aerial view of the archaeological remains, the urban environment of the monuments has also been documented, so the scanning got the facades of the houses that are currently built, the subsoil of the buildings, and other non-visible or non-accessible spots.

3D point clouds created by laser scanning allow a three-dimensional space full of references with which to create a drawing or a virtual reconstruction, both of the Roman remains associated with the Circus and the Wall of Tarragona and of the urban area of the Ancient town of the city (Part Alta).

The set of data obtained is a very complete work of documentation that reflects the reality of the urban display of the Ancient Part of Tarragona (Part Alta).

The information contained in this dataset is similar to the information generated by LIDAR and can be found, for example, at the Catalan Institute of Cartography (ICC). In the case of ICAC data, though, it is accurate to the centimetre!

The exploitation of these data can be very useful for different targets: researchers, technical professionals, public administrations and bodies linked to heritage conservation and urban planning, restorers, virtual and 3D modelling companies…

A diachronic view of architectural and archaeological heritage

Scanning and data capture has been done at different times, since 2013, so that in some cases we can see how a building has evolved.

Comparing two scannings made in different years allows us to see building evolution.

For instance, in the case of the Tarragona Amphitheatre, which the ICAC has scanned in 2013 and 2017, it is possible to compare those two scans and see what differences there are between the two moments of capture and, therefore, detect possible movements that have occurred in the building. In addition to the Amphitheatre, this comparison could also be made in the cases of the Medieval Muralleta, the Praetorian Tower, and the Circus, for which the ICAC has different scans.

In this way, the 3D point clouds do not respond to a single moment in time but allow us to have a diachronic view of Roman architecture in the Part Alta of Tarragona. One possible use of these data would therefore be to monitor the architectural and archaeological heritage.

Over the years, the scanning work has been carried out in collaboration with Tarragona City Council (which has allowed the ICAC access to the buildings and underground spots) and also with the ETSA, the URV’s School of Architecture. Under the coordination of Dr. Josep Maria Toldrà, ETSA and ICAC teach a joint course on intervention in architectural heritage (into the URV Bachelor’s Degree in Architecture), in which architecture students are introduced to the basics of building restoration and learn about graphic documentation techniques.

This collaborative teaching activity is part of an architectural and methodological research line that can be found in the following publications:

Research data are not the result of research but the working material with which we get those results. In the case of research on the Circus of Tarragona, the ICAC has generated different sorts of results (publications, planimetries…), which have already been openly published.

With the open publication of research data, we take another step towards open science: making it easier for other people (research teams, technical staff from institutions or public bodies, companies…) to use the data to extract new results, build new maps, reach new conclusions, or propose new research.

One of the pillars of open science is to make research data that has led to conclusions or results available to others (groups, individuals, or organisations) so that they can be used in new projects, either to replicate experiments, to pose new questions or to apply them in other research or professional fields. 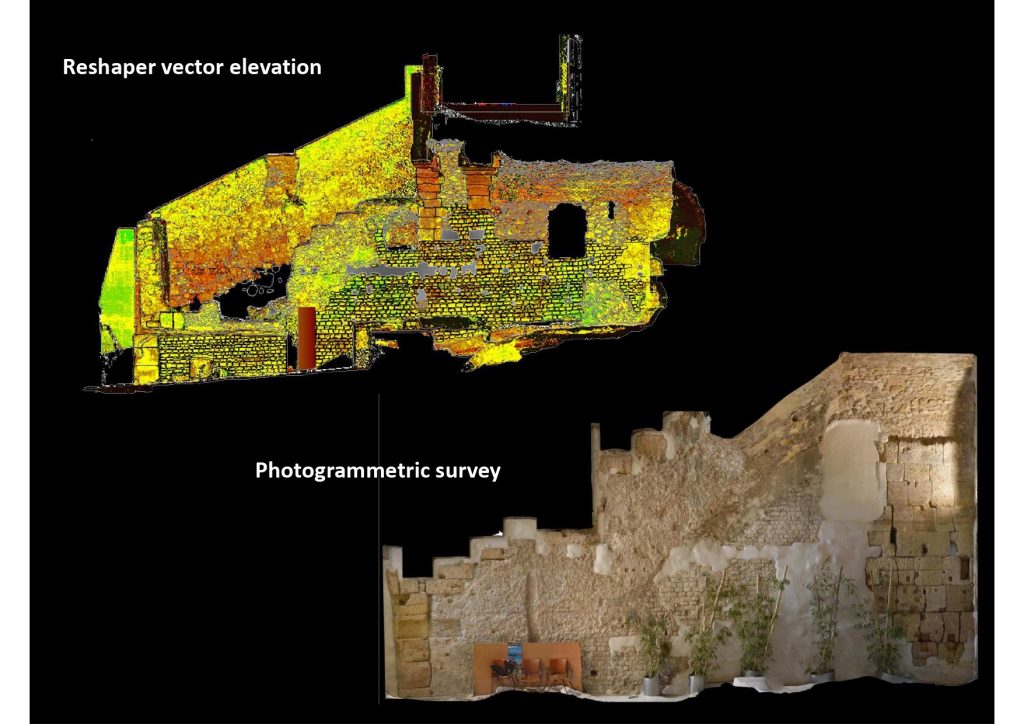 The ICAC commitment to the CORA repository

Currently, all Catalan universities and fifteen CERCA centres, including the ICAC, are into the CORA repository.

CORA, Catalan Open Research Area is an initiative of CSUC, Consorcio de Servicios Universitarios de Catalunya, which is for years providing resources for the open-access dissemination of the science produced in Catalonia. The purpose is to make accessible in the same gateway all available resources (Recercat, Portal de la Recerca de Catalunya) for the open access to the research produced in Catalonia, as well as extending it to a new tool that promotes open science: the Research Data Repository (Dataverse).

Thus, through CSUC resources, we can now openly share not only the results of the research but the datasets with which these results have been obtained.

Check out here the dataset Digitisation of the Roman Circus of Tarragona. 3D point clouds.

The ICAC has been part of the initiative since 2021, when it participated with a pilot test and published three datasets: 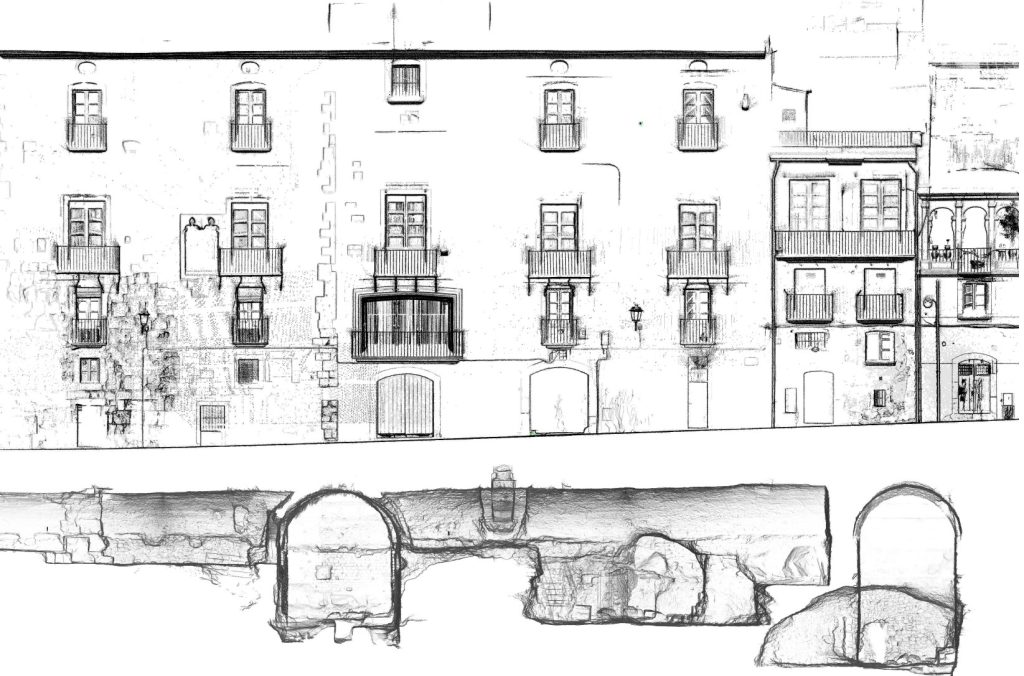 Open data published on the CORA repository can be set in different file types, depending on the research field. For example, in the field of archaeology, it can be excavation reports, photographs, plans, digitised graphic documentation…

The common feature of the repository, in any case, is that the data is shared in open formats (or as open as possible) so that it can be shared as much as possible and as openly as possible (without implying the use of non-open software to read the data).

Initiatives of this kind already exist at the European level (such as, for example, the Zenodo repository). CORA repository is the first case at the Catalan level and is the result of an initiative of the CSUC (Generalitat de Catalunya, Catalan government).

The ICAC has made a very important qualitative step in its commitment to open science and the CORA project. In December 2021, ICAC research data management protocol was approved, with which the ICAC fully supports the initiative and encourages its research staff to increase the volume of data available in the repository.

ICAC commitment to open access has already been stated in previous actions (see here for more information), including the adherence to the Berlin Declaration on Open Access to Knowledge in the Sciences and Humanities in 2020. The new Protocol for the management of research data of the Catalan Institute of Classical Archaeology allows the Institute to go a step further and start talking about open science.

It is worth noting that many funding institutions already include in their requirements a data management plan to foresee not only the research results publication but also the datasets, information, and documentation the project will work with.

In this direction, ICAC has carried out other activities, such as when MSCA researcher Simona Perna (ArPA) took part in the H2020 pilot programme for the training of research staff in the creation of data management plans. Also, the ICAC promoted internal training (at the end of February 2022) to accompany research staff in this task, which will soon be mandatory in any research project.